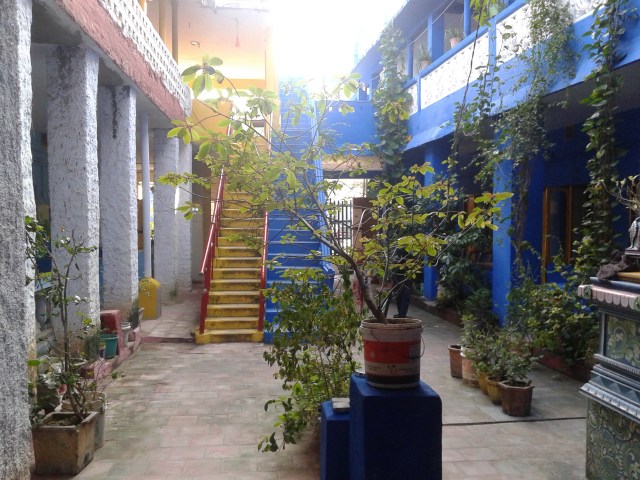 Lakshmi Cottage – a simple clean guesthouse in Mamallapuram (Mahabalipuram) where I stayed for two days. Lakshmi is a goddess of wealth in Indian mythology.

Mamallapuram, a town 60 km south of Chennai, is small yet diverse. Once here, you experience the hustle-bustle  of everyday Indian life: intense traffic, scores of dodging scooters, cows and goats roaring the area, dirty streets and beach, and street vendors inviting to visit their shops.

Sometimes these same vendors offer tours around landmark stonework sites such as the Shore Temple or Arjuna’s Penace. Mamallapuram is indeed famous for its stone carvings, ranging from small souvenirs made by local artisans up to whole temples and caves made from a single rock (!). One example of such a religious carving that I saw was Brahman’s representations at the local “stone park”.

From left to right: Brama (Creator), Shiva with the symbol of fertility (Destroyer), and Vishnu (Preserver).

Upon immediate arrival, however, I first headed to the Shore Temple located at the coast. As it turned out, the temple was about to close in one hour. The admission fee was 250 rupees for foreigners, so I decided to come back earlier the following day.

On my way back the street vendors were “attacking” as usual. One of them drew my attention. The man’s name was Ravi; he turned out to be a very interesting person and a stone sculptor. There are many sculptors in town. You can even learn the trade in 4 years in the local vocational college. Ravi and I had a solid conversation about life sipping tea with milk.

Some typical stone-carved exhibits on the streets of Mamallapuram.

While we were talking, Ravi’s friend approached us. It was Denis from Russia, another interesting character and a freelance photographer. In the evening all three of us had a vegetarian dinner at the oldest restaurant in town.

Afterwards Ravi left, while Denis and I went for a night walk. We passed by Anjuna’s Penace – a marvelous stone park which I would explore in detail the following day – and ended up in a Shiva temple. There a local religious guru treated us with a lemon drink and explained what the temple represented. 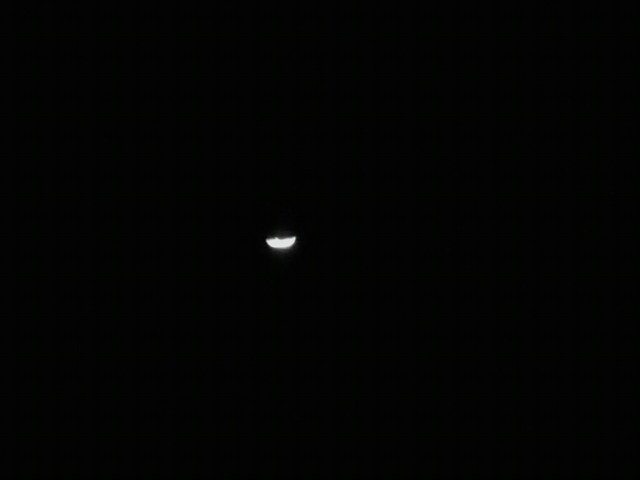 The moon can take a horizontal shape in India. Here it is referred to as “Shiva’s smile”.

Then we strolled for some more time along the beach and back in town. I was amazed how in the evening the traffic seemed even more intense. I had to be always aware of scooters flying by. It looked like the most popular mode of transport here.

In the evening, the town had a special atmosphere – busy yet somehow at the same time relaxed. I was so impressed that decided to spend one more day here. Another push came from Denis who convinced me to visit the Stone Park and the Shore Temple. 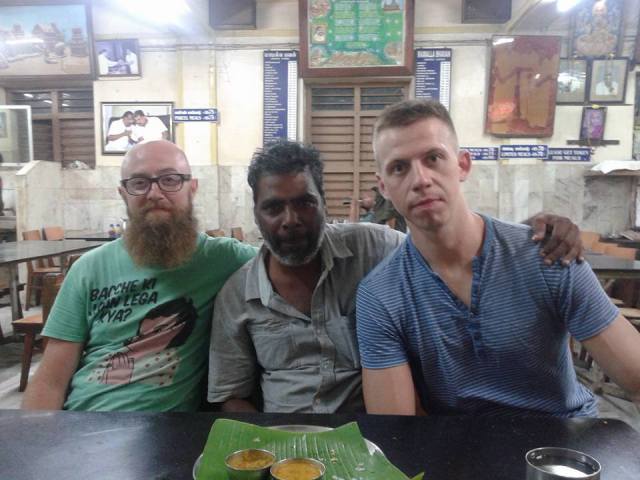 India’s main asset is not her size, nature, or diversity, but her people.

They say after visiting India you’ll either love it or hate it. After the first day, my relationship was unclear. I was sure, however, that no other country had given me so many emotions and impressions in so little time.

3 thoughts on “Incredible India: The Diversity of Mamallapuram”